The Gaston Group is a well-respected, Virginia-based government relations and public affairs firm offering nearly two decades of experience in public policy, legislative affairs, grassroots and grasstops organizing, and media relations. Our practical approach to politics focuses on both sides of the political aisle, at all levels of government. In today’s world, business strategy, politics, public policy, communications and public perception must intersect successfully and effectively. With a reputation for high ethical standards and a commitment to honesty, The Gaston Group is a trusted name that means success for our clients.

We understand both the opportunities and challenges in communicating with government officials and agencies, and can assist clients in integrating effective government relations with their larger business objectives. In order to help clients reach those objectives, we are committed to providing year-round, individualized attention – clearly, our clients come first.

We are located in Williamsburg, Virginia, in the heart of Virginia’s original capital and part of the metropolitan region known as Hampton Roads – one of the largest metropolitan areas in the country with a population of nearly two million people. 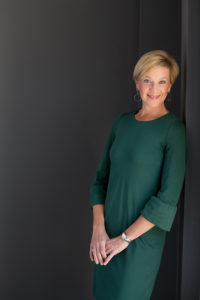 Susan S. Gaston, Founder and President of the Gaston Group, is a government relations and public affairs consultant.  Susan has been involved in the political and legislative fields for most of her life, having watched her father lobby for the oil and gas industries at the state and federal levels. With over 20 years of governmental affairs and lobbying experience in the United States Congress, the General Assembly of Virginia, federal and state regulatory agencies, and local government bodies, she has created strong relationships and contacts with elected and appointed officials on both sides of the political aisle.

Susan is an honors graduate of the College of William and Mary with a degree in American Government and English.  She holds a Master of Arts degree in Human Resources Development from The George Washington University. A former intern in the Washington, D. C. office of United States Senator Mitch McConnell (R-KY), Susan is an avid runner, a yoga enthusiast and an accomplished and dedicated equestrienne.

Recently, she was appointed to the Board of Advisors for the Sorensen Institute for Public Policy at the University of Virginia, a high honor for a government relations professional in the Commonwealth. As a member of the President’s Advisory Cabinet at The College of William and Mary, Susan works with other government relations alumni as they guide the College to increased influence in Virginia politics.

An active member of her community, Susan also is on the Regional Board of Directors for Village Bank, serves as a Class Ambassador for The College of William and Mary Alumnae Association, and is on the Board of Directors for Virginia Agriculture in the Classroom. A lifelong Episcopalian, Susan is a member of Bruton Parish Episcopal Church where her activity focuses on the altar and floral guild. Her previous community activities include serving as President of the Junior League of Hampton Roads, President of the St. Andrew’s Episcopal School Parents’ Council and a member of the Board of Directors for the Virginia Symphony, as well as numerous volunteer activities at the Virginia Living Museum and the Peninsula Fine Arts Center, among others.

Susan is married to Dr. David W. Gaston, Ed.D., Superintendent of Schools for Charles City County and a tenured adjunct professor in the Darden School of Education at Old Dominion University. They have two sons, John, a 2nd Lt. in the United States Marine Corps, and Henry, a Third Year at The University of Virginia. The Gaston’s reside in Williamsburg with their Labrador Retriever, Anne Morgan, and their Thoroughbred, Coletrane.